PARTISAN PICTURES has been proud to have a world-class team of innovative writers and producers who constantly re-imagine how stories can be brought to life. From adventure and intrigue to science and history, Partisan Pictures brings big screen, cinematic technique to the small screen to create a visceral experience that connects audiences with the world. 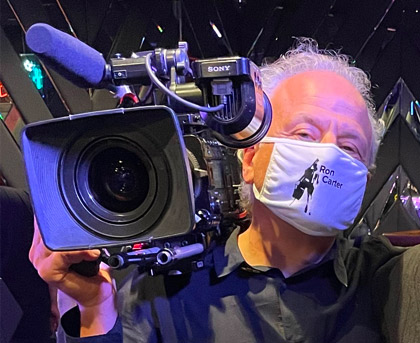 After nearly ten years as an independent, Peter began a remarkable six-year stint as Producer/Cinematographer and Senior Producer of the National Geographic Television weekly series Explorer.

In 2017 Peter’s company, Partisan Pictures, celebrated its 20th year and was listed as one of the top 100 Global Independent Production companies by Realscreen magazine.

When Oprah Winfrey wanted a trusted filmmaker to document her month-long humanitarian sojourn to South Africa to draw attention to the plight of children with AIDS and her work with Nelson Mandela, she turned to Peter; and when the U.S. Secret Service granted and allowed, for the first time, a documentary crew to imbed inside their top-secret organization, it was Peter Schnall and Partisan Pictures who were granted access.

Peter became the first filmmaker allowed full and unprecedented access to the Presidential Airlift Group, otherwise known as the crew who maintains and flies Air Force One. Peter’s global travels on board Air Force One spanned 3 continents with 3 separate presidents.

Peter’s one-hour specials for National Geographic – ON BOARD AIR FORCE ONE, ON BOARD MARINE ONE and GEORGE W. BUSH: THE 9/11 INTERVIEW – became 3 of the highest-rated specials for the Channel.

His feature doc, ALL THE PRESIDENT’S MEN REVISITED, with executive producer Robert Redford, was nominated for a Prime-Time Emmy, Outstanding Documentary.